Back to How does a tachymeter work?

How does a tachymeter work?

Have you ever wondered how a tachymeter works? Or what it actually is? Or what those numbers on the bezel around the dial of your watch actually mean? Not surprising at all, because it's not something you use every day.

Is it for decoration, those numbers on the bezel of your watch? No definitely not. They can be there for diving or to measure speed. In the latter case, it is a tachymeter.

How does the tachymeter work?

A tachymeter is designed to measure speed. And it actually works very simply. Most importantly, you must have a distance of exactly 1,000 meters with a start and end point. The moment a vehicle passes the starting point, turn on the chronograph of your watch. When the vehicle then passes the end point after 1,000 meters, stop the stopwatch. 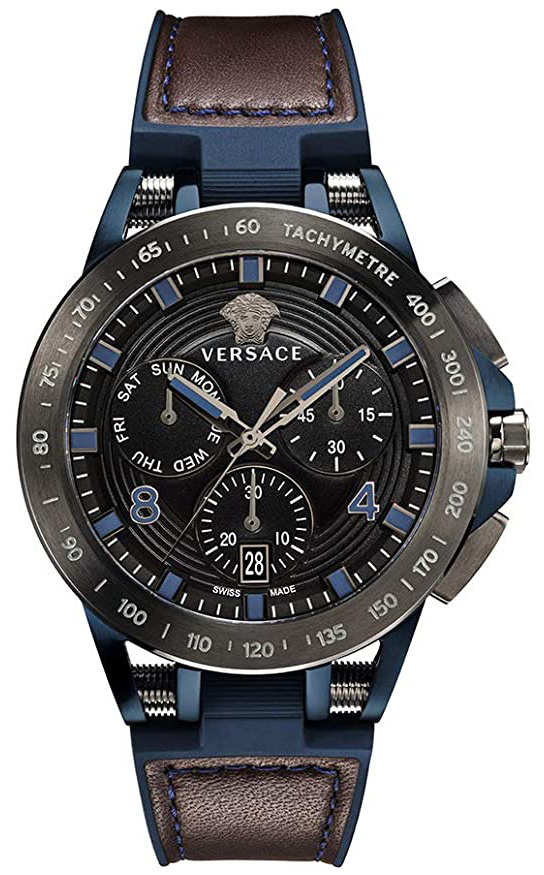 In forty seconds, the measured vehicle travels exactly one kilometer. The second hand of your watch not only points to 8, it also points to a number on your tachymeter: 90. So the vehicle was traveling on average 90 kilometers per hour.

We're going to check it out. If you have covered 60 kilometers in an hour, then on average you have driven a kilometer every minute, since an hour consists of 60 minutes. If you drove 90 kilometers in one hour, how many seconds would it take you to travel one kilometer? Divide 60 (minutes) by 90 (kilometers). That's 0.66666666667, or 2/3. 2/3 of a minute is 40 seconds and it says that the vehicle was traveling on average 90 kilometers per hour.

Disadvantage of a tachymeter

A tachymeter has a major drawback. In principle, you can only measure speeds from 60 kilometers per hour. Some watch brands have found a solution. For example, they also let you return to 55 and 50 kilometers per hour on the right side of the 12. But for this you use more than sixty seconds.